The Pattyn Project had the opportunity to tap into our more mature mindset this weekend, as we took on our first older patient. Matt is an 18 year old male, who recently graduated from South Moreland high school. Matt was diagnosed with Hypoplastic Left Heart Syndrome at an early age, which caused him to undergo 3 surgeries before the age of 5. As his symptoms worsened over the past few months, he came to the conclusion with his doctors, that it was time for a new heart.

We saw this as a great opportunity to step in and help Matt reclaim his space. There are many challenges to being admitted to the hospital, but the loss of your personal space can be particularly difficult, especially as a teenager when it is such a high priority. Matt decided he wanted to be surprised by his new room, so he waited in the sunroom as we transformed his hospital room in to a Marvel Masterpiece.
We brought Matt a marvel comforter along with a large body pillow to go on top of his new memory foam. We also created a an area where he could read his comic books, play his trivia game, and work on drawing his own characters while sitting in his new chair. The walls took on new life, as we covered them with large decals of the Hulk, Captain America, Wolverine, and various other Marvel characters Matt enjoys. Finally, we brought him a bluetooth speaker and an iTunes gift card, so he could download some of his favorite music. The day came full circle when we met Matt’s Father Dave and Mother Amy in the hallway, as they were coming to the hospital to throw Matt a surprise graduation party. Matt’s kind spirit left us all with a smiles on our faces, as we left him to enjoy the rest of his afternoon and settle into his new space.

Thank you to everyone who has shown us ongoing support, as well as new friends who have come alongside of us, as we pursue this passion. We couldn’t do it without you! We hope you all will continue donating to this special cause, so we can continue to lift the spirits of fighters like Matt. We ask that you keep him and his family in your thoughts and prayers during the remainder of his stay in the hospital, as we hope for persistent progress, and a new heart to become quickly available. Thank you Matt! 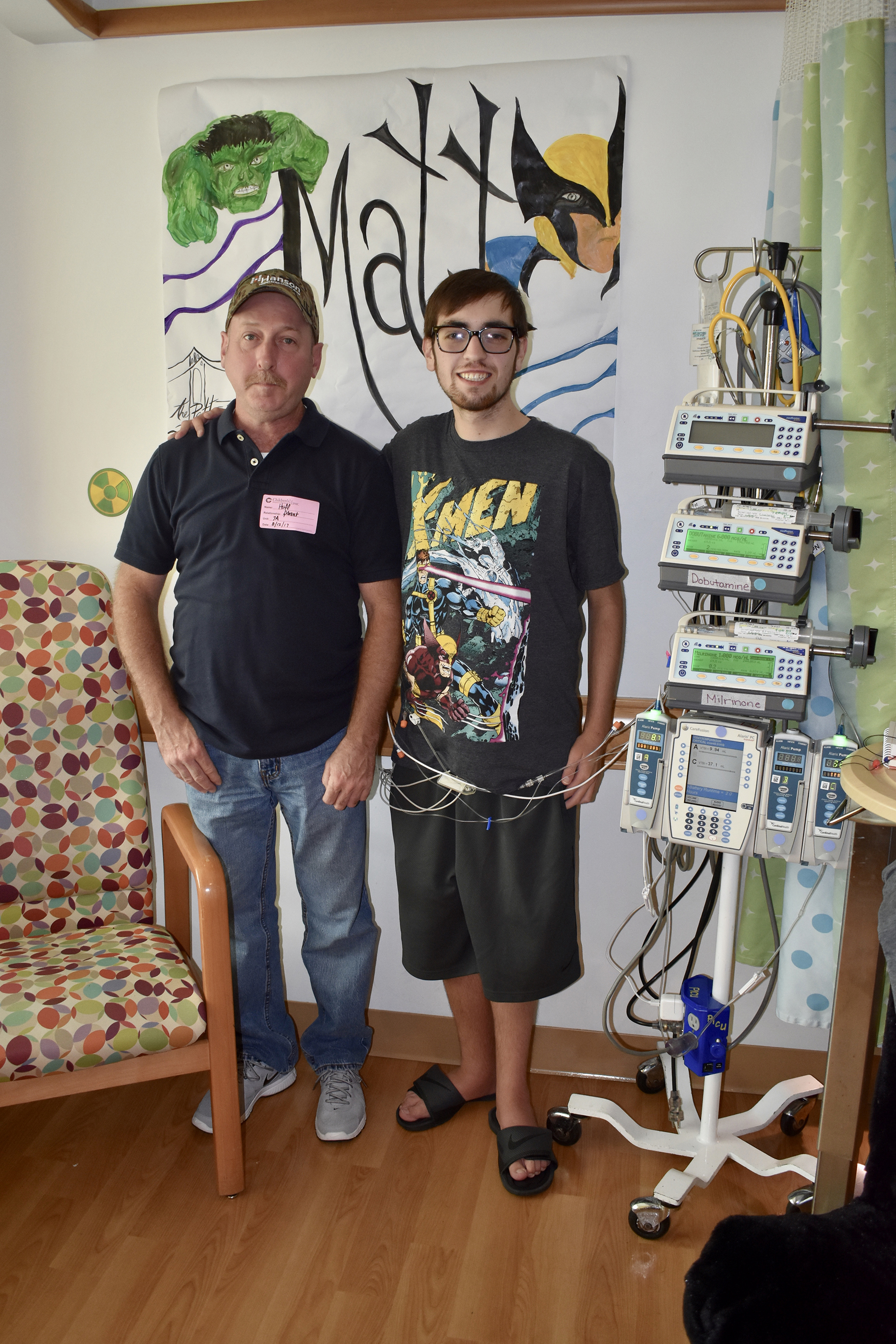 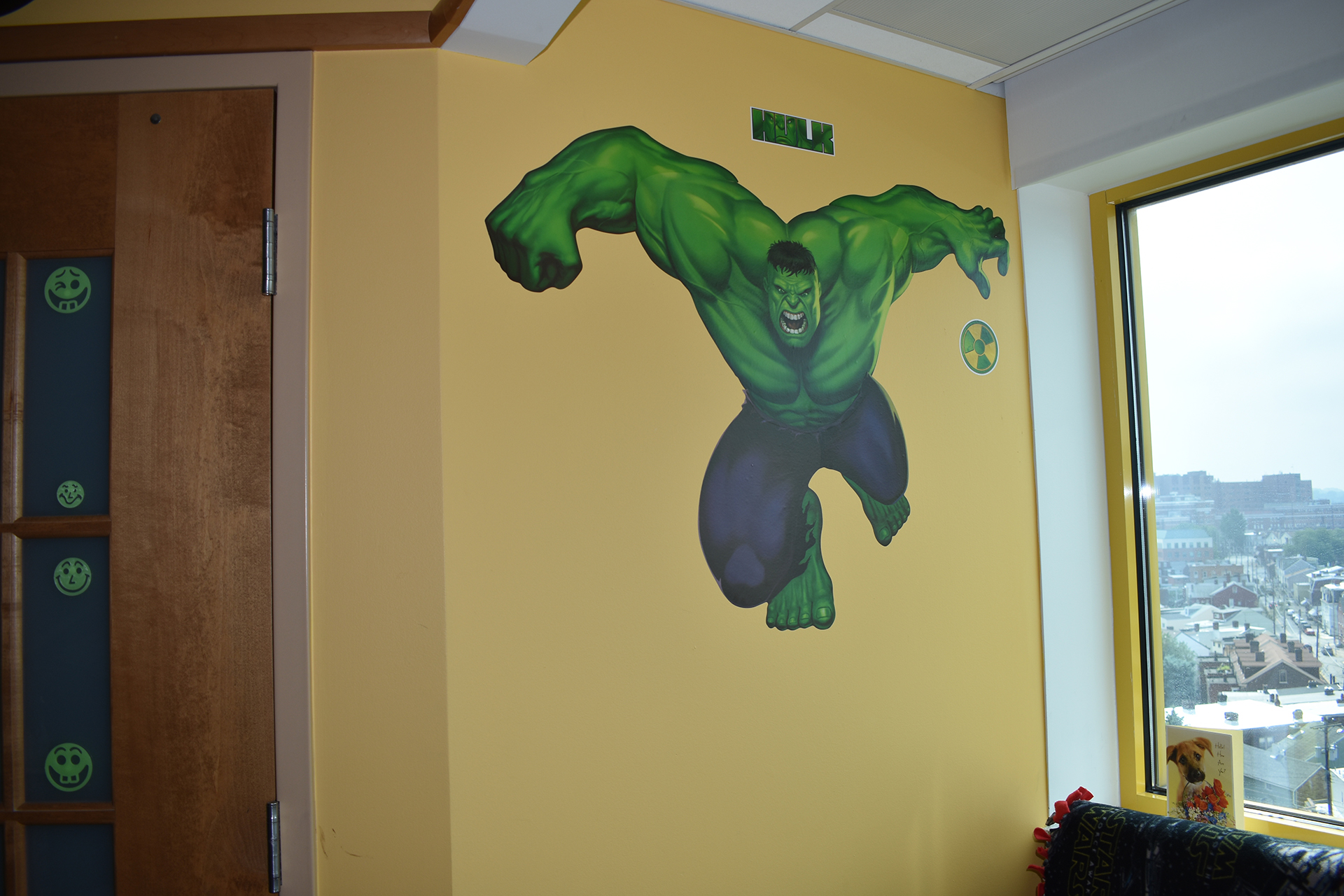 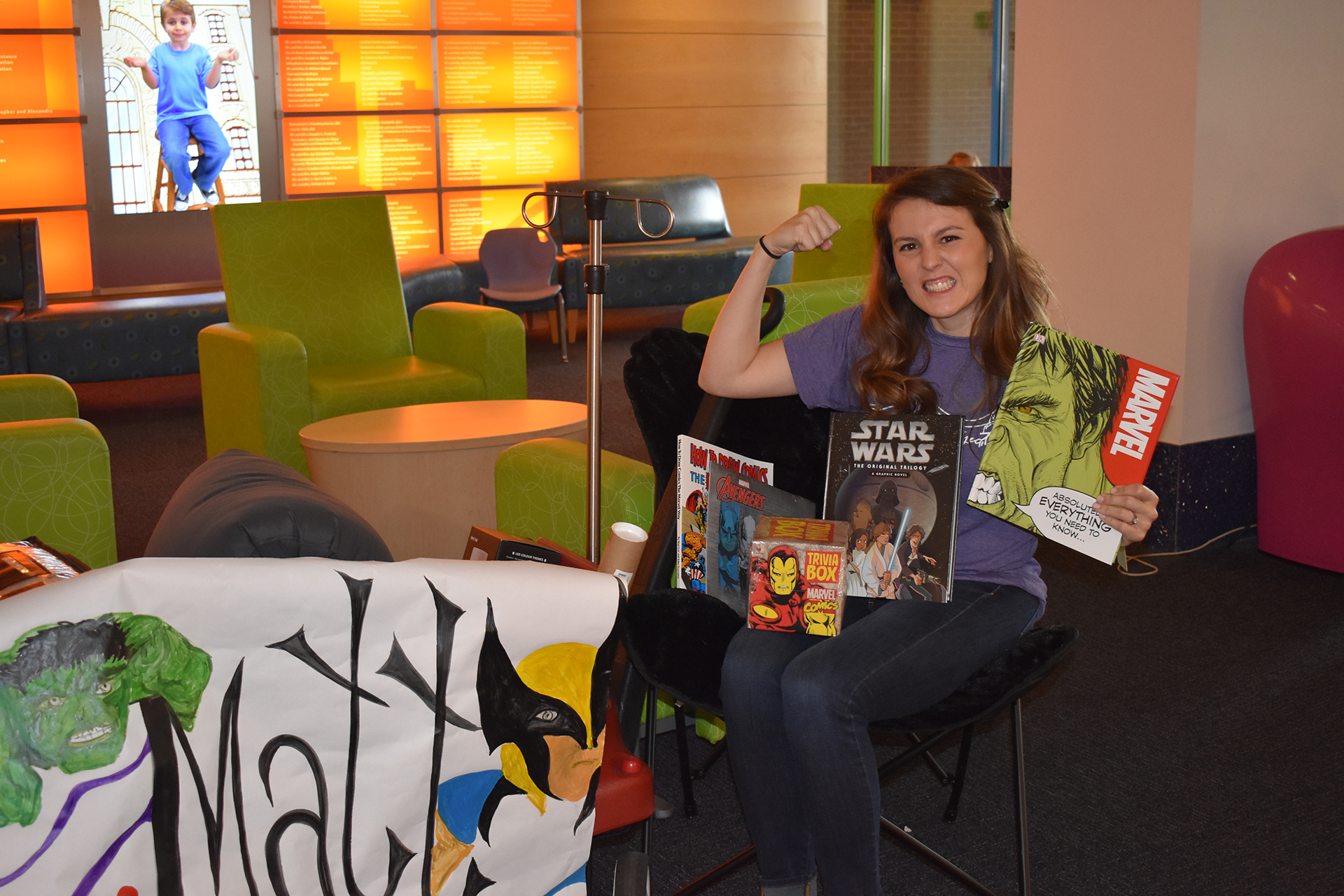 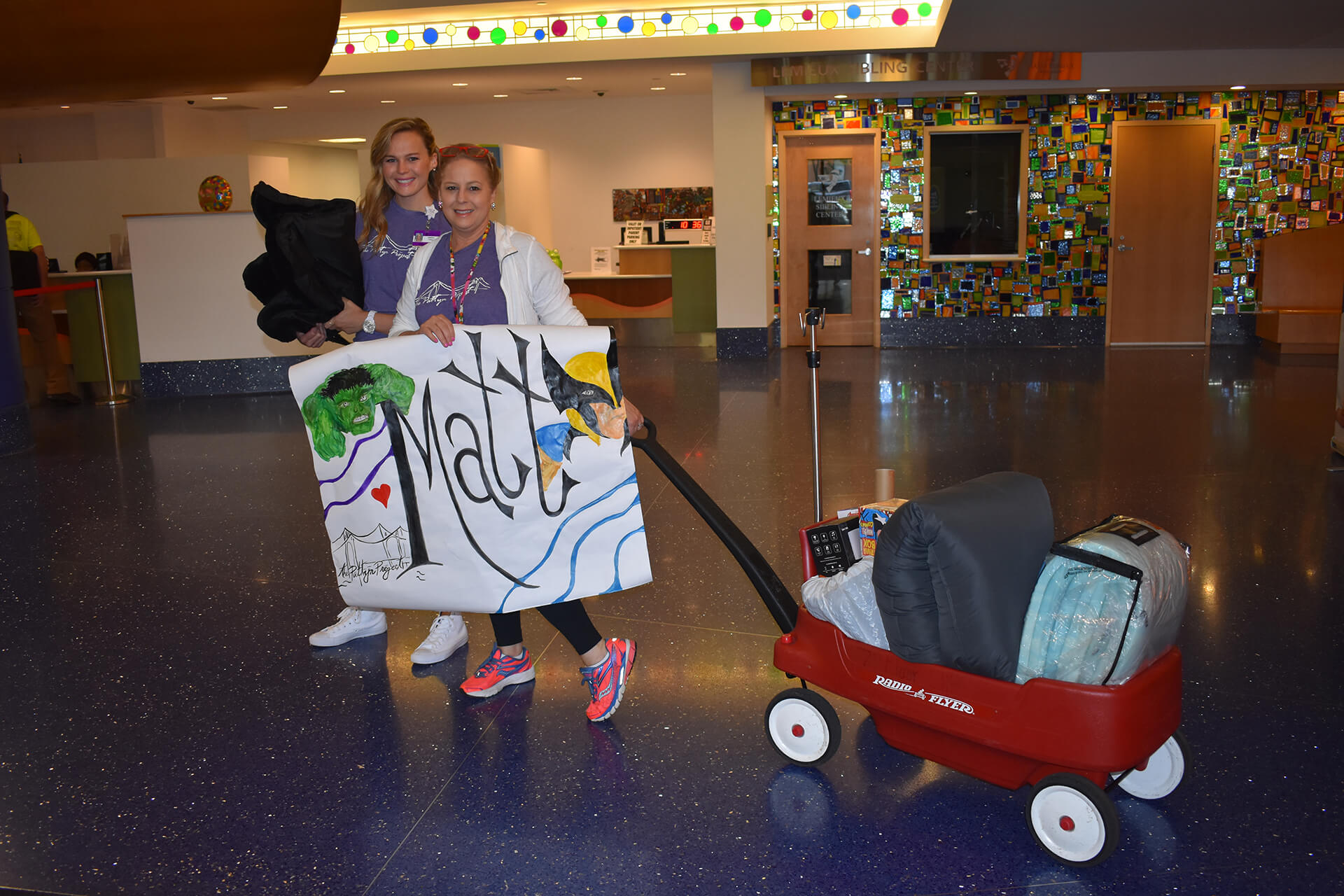 ← BACK TO DOORS
VIEW matt's Gallery
DONATE TO our PROJECT →