We are excited to announce that The Pattyn Project recently embarked on a special journey to bless a family we hold very close to our hearts. On May 26th, 2018, we took on our first long distance room, a long time dream and hopeful vision for the future of our project! Hallie Hassett is a sweet 20month old and daughter of close family friends. Hallie’s story has been deeply intertwined with our lives, so we we're very thankful for the opportunity to bless her with this room transformation. We truly had the opportunity to bring Hallie a “sense of home” by traveling the supplies for her special room from her hometown of Pittsburgh, to Memphis Tennessee. Hallie was staying at the FedEx Family House while awaiting her up coming brain surgery at Le Bonheur Children’s Hospital. FedEx has been a long time sponsor of Joe Gibbs Racing, making this partnership an ideal venture.

In October of 2017,The Pattyn Project won a sizable grant from Lilly Diabetes through a NASCAR organized charitable “challenge” where Joe Gibbs Racing competed on our behalf. We always dreamed of using these funds for something that would allow us to expand our scope and help more children.  We knew that we wanted to provide the Hassett family with a sense of home, and we saw this as the perfect opportunity to not only bless their family, but to work closely with a few key partners that have helped us along the way.

Hallie’s journey began before she even graced the world with her presence. In utero, Hallie was diagnosed with autosomal recessive polycystic kidney disease (ARPKD).

In the first few months of her life, Hallie was under the care of the nephrology group at UPMC Children's Hospital of Pittsburgh. At 6 months of age, further genetic testing was ordered and the family learned that Hallie had a contiguous gene deletion of the TSC2 and PKD1 genes. The new diagnosis came as a complete surprise. While the change in diagnosis from ARPKD to ADPKD was a positive, an entirely new diagnosis of Tuberous Sclerosis Complex (TSC) that emerged was worrisome.

After sending video of Hallie's symptoms to a team of Epileptologists at Le Bonheur Children’s hospital, the Hassett’s were asked how quickly they could be in Memphis. That same weekend, the family flew to Memphis and Hallie was admitted to Le Bonheur for EEG monitoring. Her EEG indicated that she would eventually experience seizures.After the family returned home and in December of 2017, Hallie experienced her first lengthy seizure. Dr. Weatherspoon of Le Bonheur, coordinated Hallie's care remotely with doctors in Pittsburgh, and the long process of trying anti-epileptic drugs began.

In February 2018, after returning to Le Bonheur, it was discovered that Hallie was having subclinical seizures. New medications were implemented and the seizures appeared to be under control. However, a litany of side effects including intense insomnia led to further medication changes and yet another return visit to Memphis in May of 2018. The TSC team at Le Bonehur concluded that one tuber was the primary cause of Hallie's seizures, and the decision was made to perform surgery to remove the tumor.

This was of course, daunting news, but the Hassett family was encouraged and hopeful to learn that Le Bonheur was home to one of the top pediatric neurosurgeons in the nation, Dr. Frederick Boop. Hallie underwent a successful tuber resection craniotomy on May 18th, 2018. Three days later, Hallie was running around her hospital room in good spirits, and she and her family were anxious to get back home

Before the Hassett’s returned home, two members of the Pattyn Project made a special trip to Memphis to bring Hallie a new room. During Hallie’s admission, The Hassett family was staying in the FedExFamilyHouse next to the hospital. Jessica Pattyn got in contact with Jennifer Parris who works in fundraising communication and began planning the trip. Jennifer was amazing to work with and brought along a member of the Child Life team, Anna Epstein, to help coordinate the room.

After some strategic planning and sorting out of details, Jessica and Logan made the trip to Memphis with Hallie’s room supplies in tow. Despite having brain surgery just a few days prior, Hallie’s face lit up at the sight of her new room. Hallie received a Moana tent, play mat, lovie, a YoungAndBrave hat, books, blankets, decorative canvases, developmental toys, and an ice cream truck-riding toy. It was truly special to be able to impact a family who we hold so close to our hearts. Teaming up withJennifer and Anna was a joy, and we hope to expand our partnership to Le Bonheur Children’s Hospital going forward, by completing more long distance rooms on the inpatient units as well.

Since her surgery, Hallie shows no signs of seizures and her family continues to note improvements in her alertness and development. Many thanks to everyone who has shown us ongoing support, as well as new friends who have come alongside of us, as we pursue this passion. We couldn’t do it without you! We hope you all will continue to consider donating to this special cause, so we can continue to lift the spirits of young deserving fighters like Hallie. We ask that you all keep Hallie and her family in your thoughts and prayers as we hope for persistent developmental progress, and that she continues to remain seizure free. Thank You Hallie! 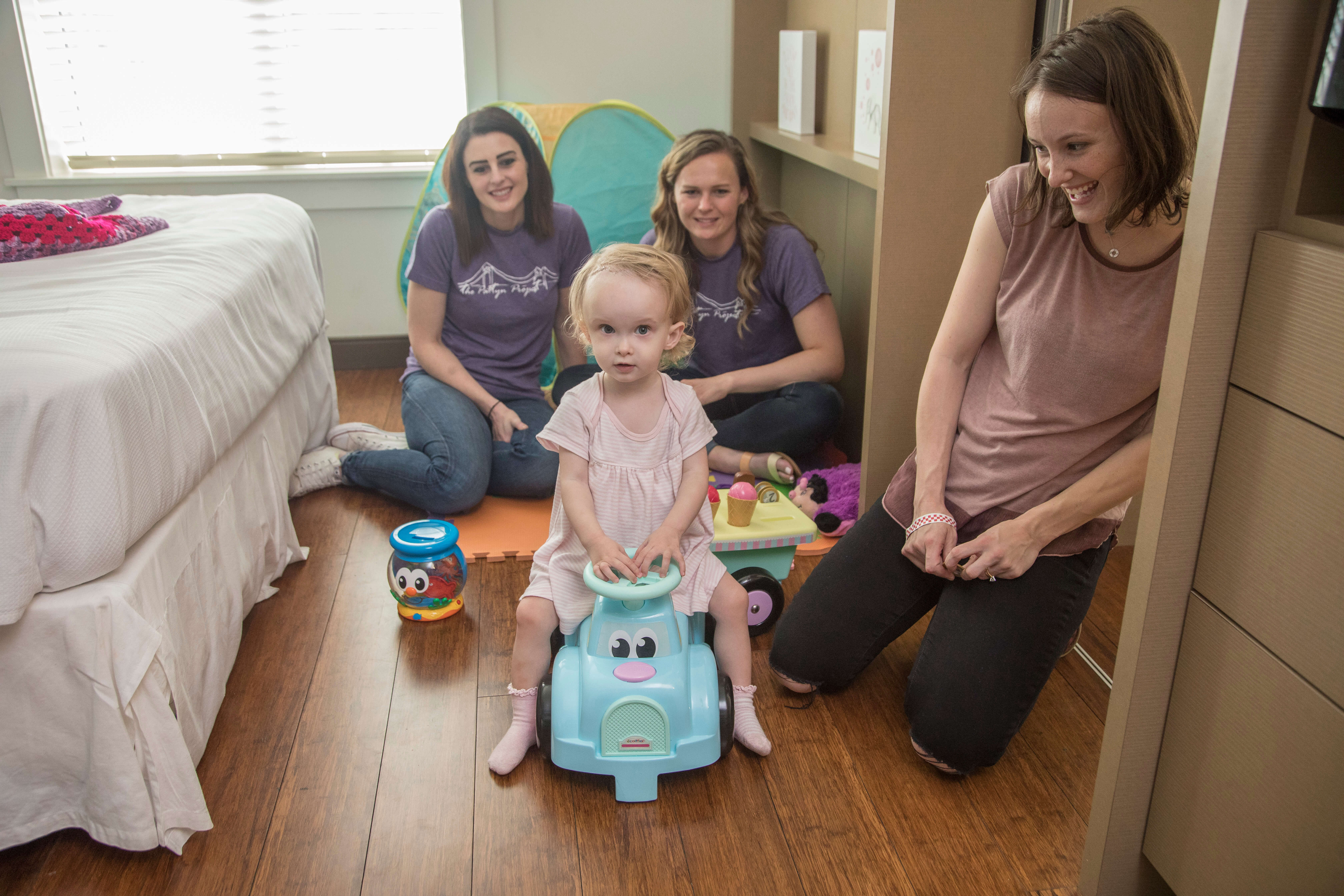 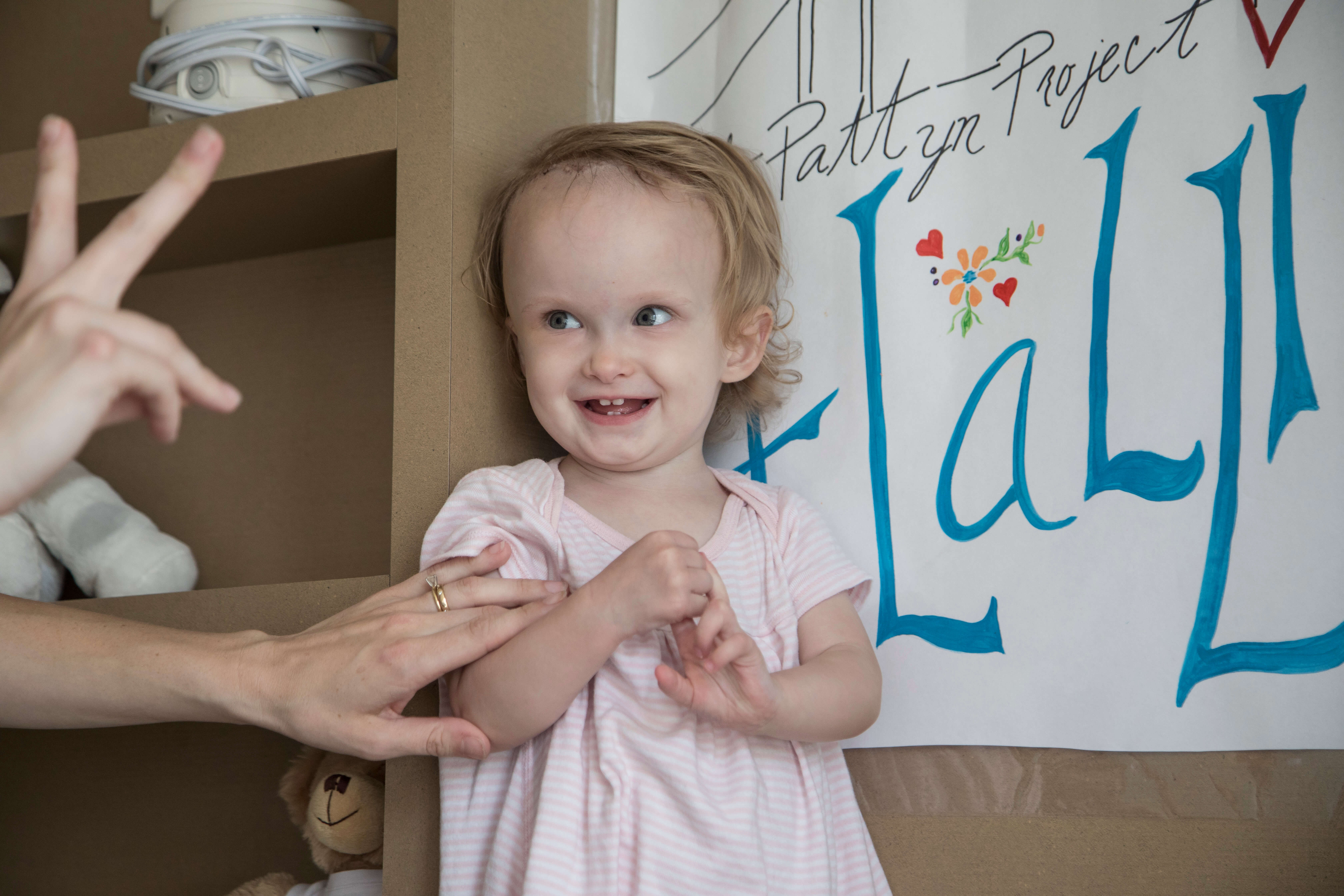 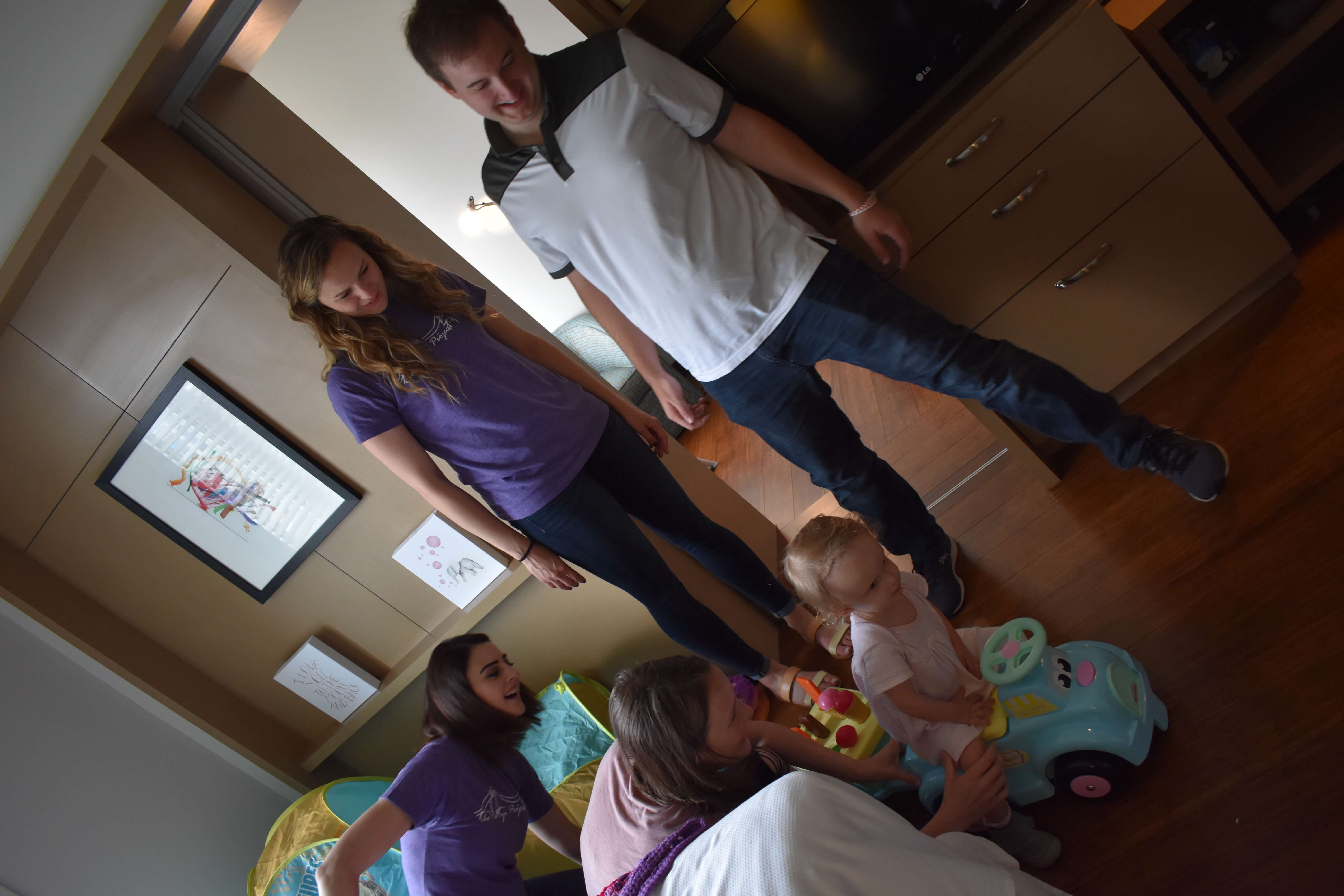 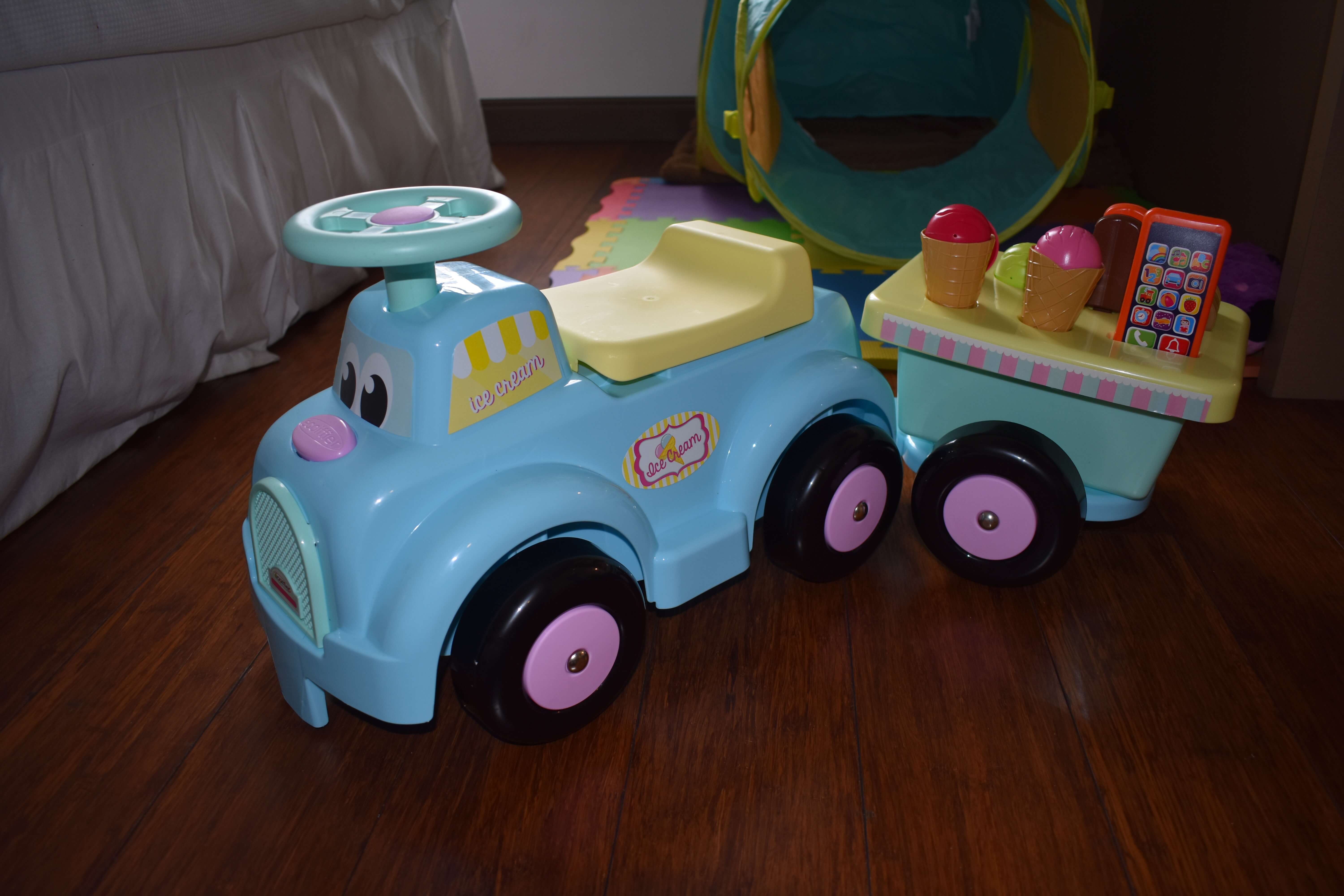 ← BACK TO DOORS
VIEW HAllie's Gallery
DONATE TO our PROJECT →