This past weekend was a real blessing, as we had the privilege of undertaking two rooms on 9B Hematology/Oncology and meeting two extraordinary families in the process. Room number two belonged to a brave six, almost seven year-old boy name Brody. He was rocking a great Mohawk, and resting with his dad when we stopped by to transform his room. Brody has one older sister Khole and lives with his parents a little over 2 hours north of Pittsburgh, in a town called Clearfield. It was evident from all the pictures hanging in his room that Brody is very close to his family. Mom said the outpouring of love and support from their family has really helped carry them through this journey since their son’s diagnosis.

We learned from his mother Kristen that since being diagnosed with stage 4 Neuroblastoma back in January, Brody has spent a fair amount of time in and out of the hospital. What we also learned is that Brody is a fighter, and he likes to hit the ground running whenever he can. After his first transplant doctors cautioned him to take it easy, but that didn’t stop him from riding his dirt bike and playing in the woods with his cousins every chance he got. Brody is currently undergoing his second stem cell transplant. Dad said their hope is that things go smoothly so Brody will be strong enough to spend Christmas at home with his family.

Mom showed us pictures of Brody with his cousins taken from a recent camping trip, which served as inspiration for his room. We wanted to help him reclaim his space, by recreating the feeling of being outdoors, so first we brought in a camping chair and a matching sleeping bag with Grizzly bears and arrows. Next we hung a huge sign with an eight point Buck and Brody’s name spelled out in Camo lettering. Next came the camo comforter and pillowcases, followed by a giant Bull’s-eye, which we hung directly across from his bed for target practice. As soon as that went up, Brody’s dad helped him open his new Nerf gun we brought in, and he began firing away.

Khole was a great big sister. In between dodging Nerf bullets, she managed to help us set his easel up in the corner and actually sat down to paint her brother a picture, while we were getting the rest of the room in order. It was a nice treat to have the opportunity to meet Brody’s sister. Quite often when we are visiting patients their siblings can’t be there for various reasons. Brody decided to save his art project for a later date, as his transplant had zapped a lot of his energy.

We are so grateful this wonderful family welcomed us in and invited us to be a small part of their very important journey. Thank you to everyone who has shown us ongoing support and for those of you who are just learning about us and have chosen to come alongside us as we pursue or passion. We couldn’t do it without you! We hope you all will continue to consider donating to this special cause, so we can continue to lift the spirits of courageous fighters like Brody. We ask that you keep him and his family in your thoughts and prayers during the remainder of his stay in the hospital. Together, we hope for persistent progress and a smooth recovery from his stem cell transplant as he continues his treatments and journey through his diagnosis. Thank you Brody! 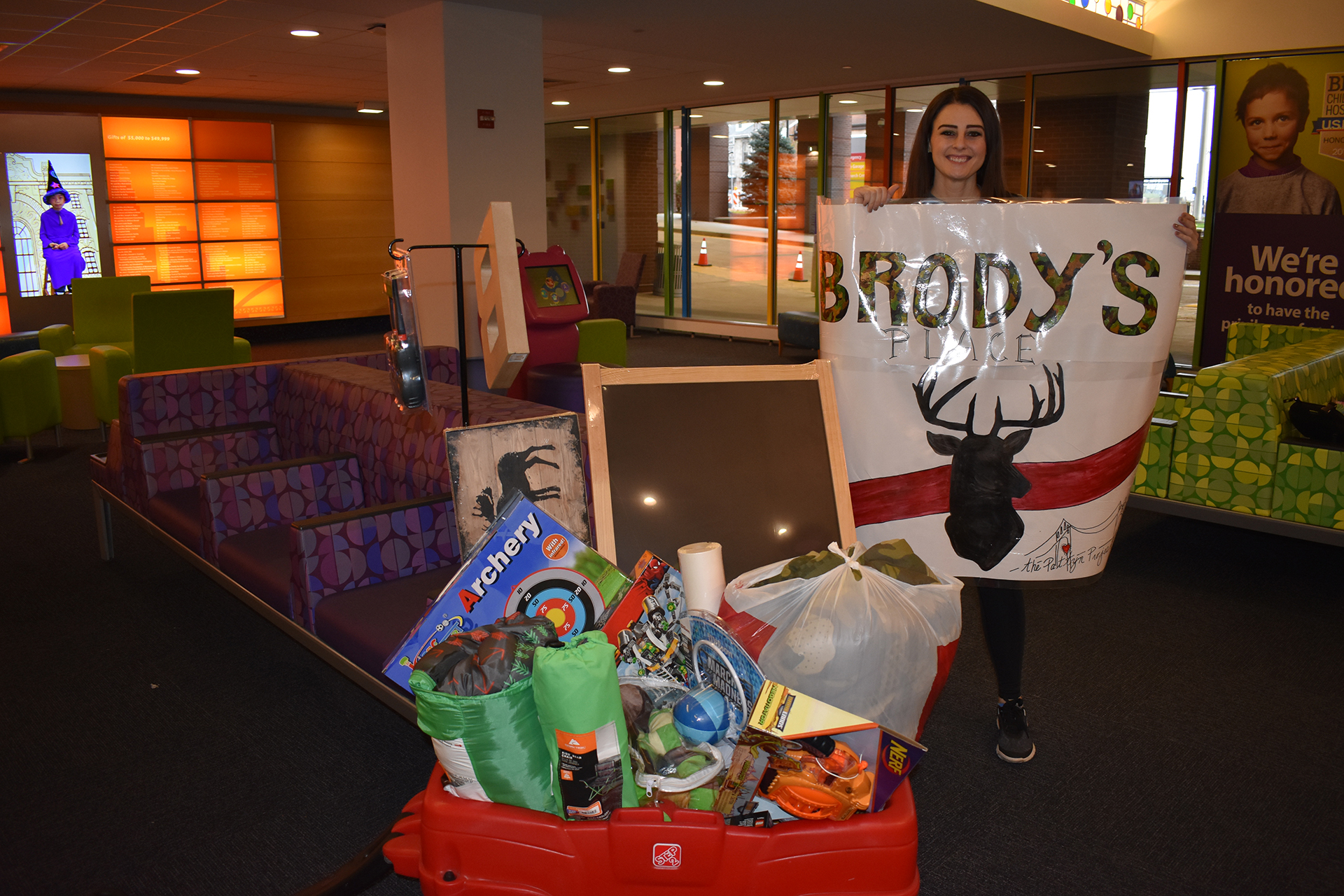 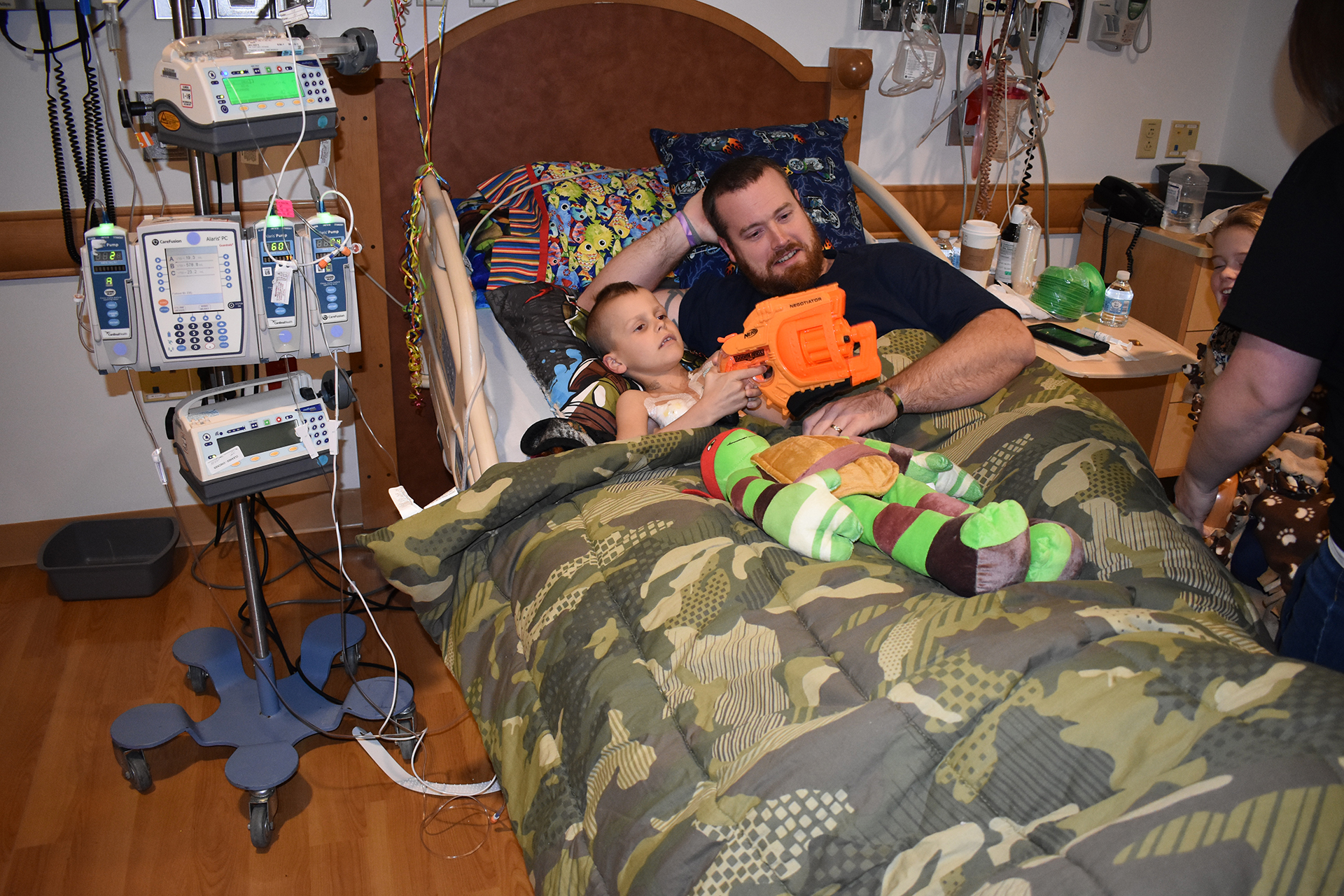 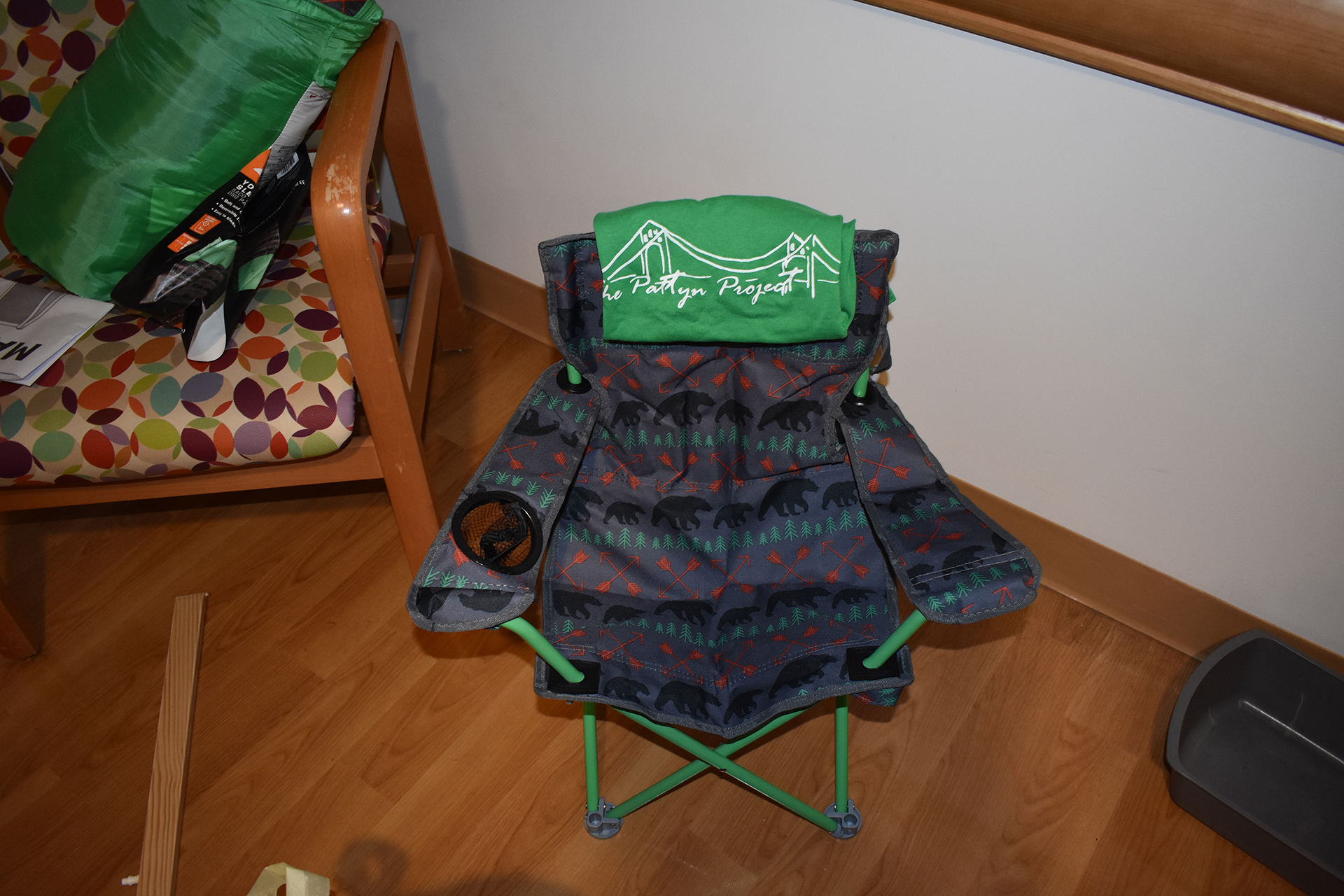 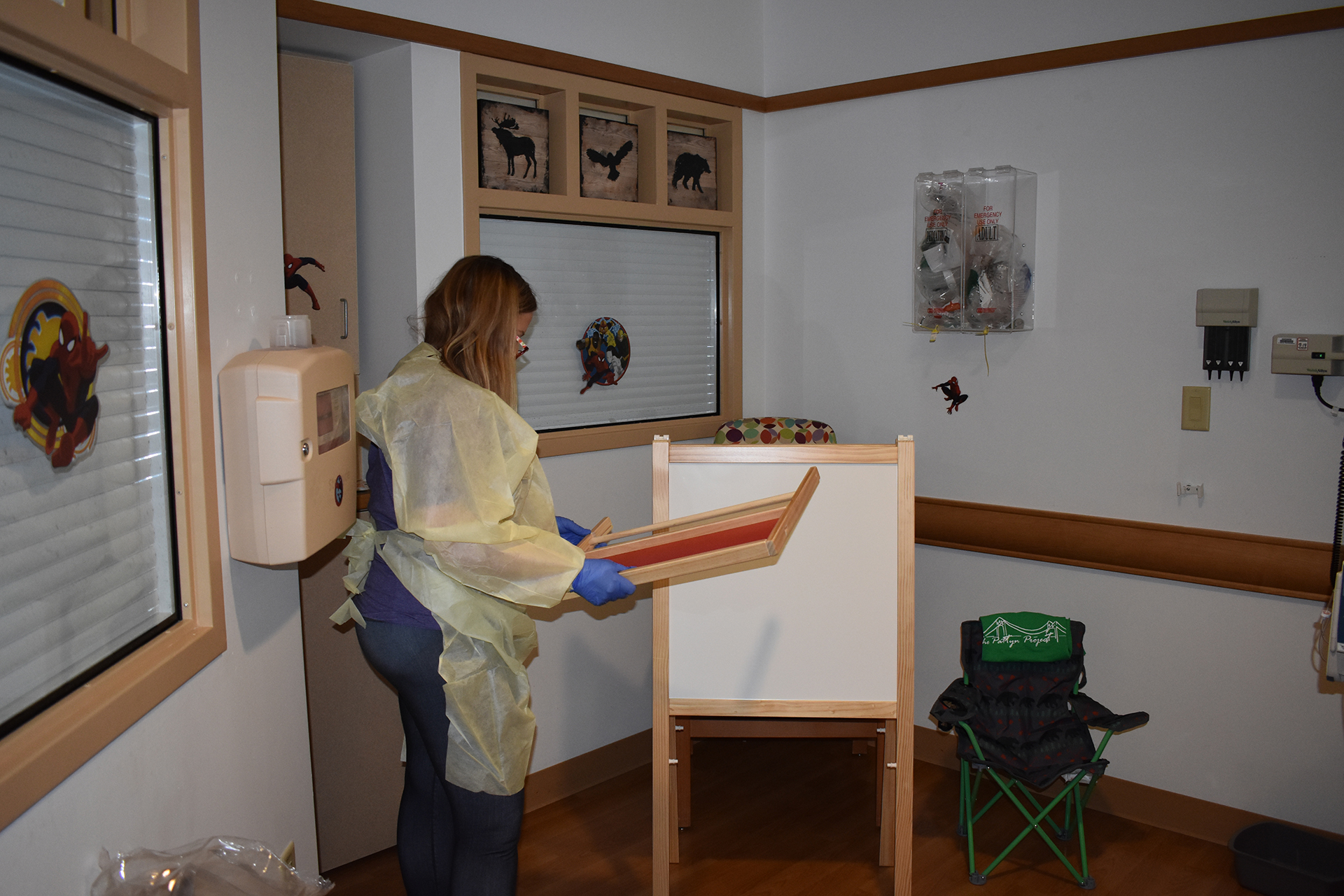 ← BACK TO DOORS
VIEW Brody's Gallery
DONATE TO our PROJECT →